Birds in the Picos de Europa

With a variety of eagles and vultures soaring the thermals, Little egrets on the coast, Black and Common redstarts, Wrynecks, Great and Middle-spotted woodpeckers, Spotted flycatchers and European nightjars breeding around our village, Wallcreepers on the limestone and more exotic species just a little south, the Picos de Europa and their surroundings are hosts to enough resident and summer-visiting birds to keep birdwatchers busy!

Among the alpine species to be found here are Rufous-tailed and Blue rock-thrushes, Northern wheatear, Alpine accentor and choughs (Alpine and Common), Snow finch and that elusive Wallcreeper.... 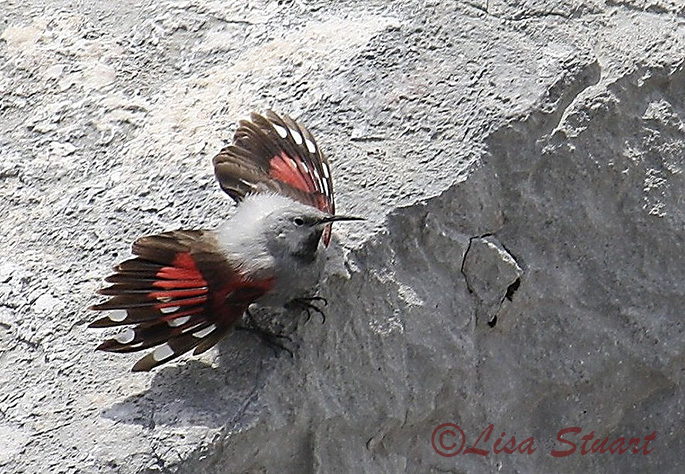 ...although, with our help, many of our guests have succeeded in watching this pretty little bird doing as it's name suggests. The cable-car at Fuente De is an effortless means of reaching their high-alpine habitat.

The Picos de Europa are home, or summer breeding ground, to a good many raptors. Griffon vultures with their impressive, nearly 9ft wingspan are, for the present, numerous and a regular feature of these skies.

Lammergeiers are being encouraged to return from the Pyrenees and occasional, rare sightings of Black vulture are possible. Egyptian vultures arrive to breed in these mountains in spring. There are a few resident, breeding pairs of Golden eagle, while Booted and Short-toed eagles are fairly common in the summer. 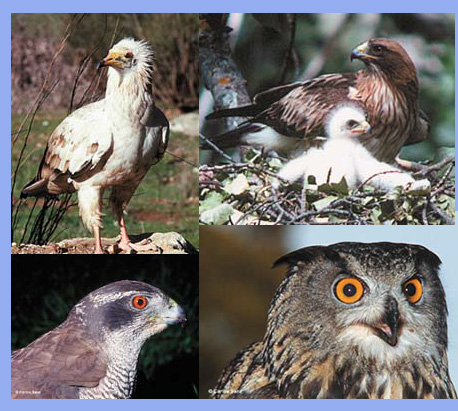 Six species of owl are found here, including Scops whose call has been confused with that of the midwife toad. (An Eagle owl flew by our courtyard during dinner!) Buzzards, both Common and Honey, are numerous. 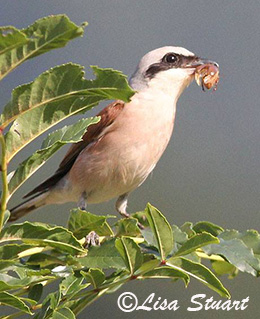 Working in estuaries on the Cantabrian coast, Spanish wildlife conservation group Fapas have been working on a reintroduction project for the Osprey (in Spanish, Águila pescadora) on the Costa Cantábrica.                 Raptor images with kind permission of Carlos Sanz 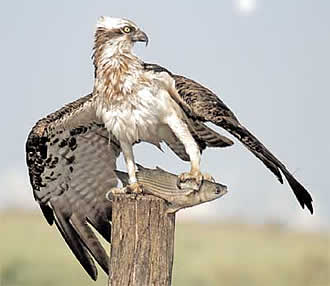 Ancient, deciduous woods are home to Capercaillie and the impressive Black woodpecker. In the rivers, Grey herons patiently fish and Dippers.... dip. Peregrine falcons, Hobbies, Sparrowhawks and harriers patrol the skies. Just over an hour's drive south takes you to White stork territory, with nests on every available pinnacle.

The plains, or meseta, just over the mountain passes are also habitat of Hoopoe and European Bee-eater, though both have been sighted in the Picos area as accidental visitors.

Spain's SEO/Birdlife is working on a conservation project, LIFE+ Urogallo Cantábrico, to try and rescue the desperately threatened Cantabrian capercaillie, Tetrao urogallus cantabricus, from the brink of extinction. With the help of volunteers, work camps have started to improve the forest habitat by clearing the currently dense undergrowth so that the bilberries that are so vital to their existence can once again flourish and provide food for the adult birds. They also hope to encourage the breeding of more coleoptera (beetle) species which, in turn, provide sustenance for the young birds. A breeding centre is managed by the Asturian government in Sobrescobio to release birds into the wild as well as keeping some birds in captivity to create a more diverse gene pool.